The Basics of Poker Part 2 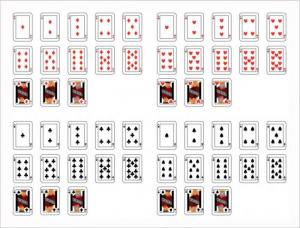 This is the second part of a 3 part blog series on ‘The Basics of Poker’.

In the previous part, we went through the basics of poker, including the number of cards in each hand, the significance of wild cards, and a concise description of Five of a Kind and Straight Flush.

Moving along the same lines, we will cover some of the more ranked hands, what they are, and how to play them.

By the end of this part, you will know about all the ranked hands, after which we will cover some basic betting rules and how you can apply them to your game.

Hand Rankings and Their Descriptions

Four of a Kind – Four of a Kind is basically four cards that have the same rank. The hand that has the higher ranking four of a kind will win if there are two or more hands that qualify. In bizarre poker variations where there are a lot of wild cards, if there are two four of a kind hands with the same rank, then the hand that has the higher card outside of the four of a kind will win. As a general rule, remember that when hands are tied on the rank of a pair or three of a kind for instance, the cards outside the pair will be the tie breakers. Find out more about high card rules by clicking here!

Full House – A full house is when there is a three of a kind with a pair, for instance K K K 5 and 5. Ties are broken by three of a kind followed by the pair. In this regard, K K K 2 and 2, will beat Q Q Q A and A, which then beats Q Q Q J and J likewise. The three of a kind can obviously only be similar when wild cards are brought into play.

Flush – A flush is when all the cards in a hand or of the same suit, for instance J 8 5 3 2 of diamonds. In cases where flushes are tied, we follow the High Card rules once more.

Three of a Kind – This is when three cards of any rank are matched with two cards that are not a pair. In this instance, the three of a kind with higher value will win, and if both hands have the same rank, then we will use the High Card rules.

Pair – This is a pair with three different cards, and likewise, the high cards will break the tie.

Read more about the basics of poker by reading the last part of our guide!

More valuable information waits below regarding you poker skills on online casinos: